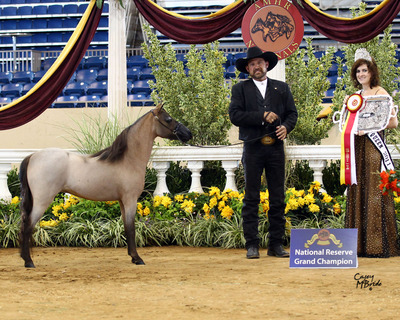 Presented by Danielle Hill in 2014

One of the most titled mares in both the AMHA & AMHR Show Circuits! “ZAIRA” is sired by the famed AMHR National Grand Champion Stallion “PRINCE”, and out of a Rowdy bred mare. From a weanling to senior mare she competed winning many Supreme Halter Awards and World Titles.  She has the structure and poise as if she was a full size horse. We are very happy to have her in our elite collection of mares and will be utilizing her in our breeding program to create the ALM style of miniature horses.