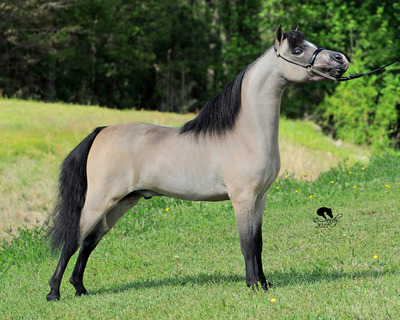 We are happy to announce 7 foals for 2015 - thank you for the breeders who matched their very nice mares!
He will have foals competing at the World show!

When selecting a stallion we had set out in search of the quality we strive for at ALM.  We knew this special horse had to be a charismatic show horse backed by genetic power for a future breeding horse. This search led us to “BURTON”. He has secured his titles in the show ring, and is a fine blend of the genetic show horse producing bloodlines of Billy Idol x Nighthawk.